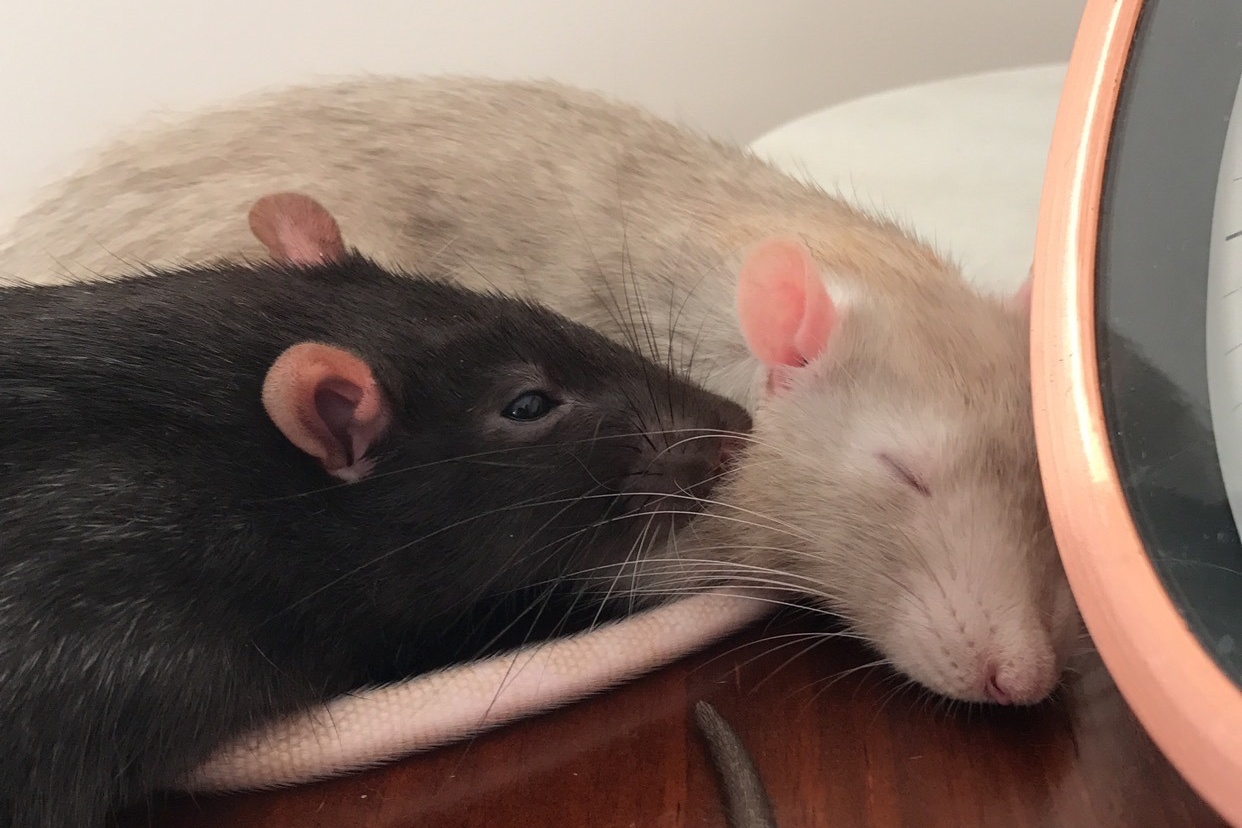 Since rats are social animals, they’re happiest and gain stimulation when they’re around other rats. In the wild, rats live in large groups so when they’re brought home it’s best to try and imitate that by having at least two rats together for a more natural life. So the answer to can pet rats live alone is yes they can but it’s unfair on them.

When having rats in a group of two or more they have fun playing together, grooming each other, sleeping together, wrestling and chasing each other around. Having at least two rats means they always have each other and are always together whereas only having one rat means when you’re not around they can only sleep or eat while they wait for you to come back. Being a social animal, it’s unfair on them to have to live alone and no matter how strong your bond may be with your rat, that can’t compete to them having one of their own kind around.

If you have a rat that’s alone, you may notice some problems to do with their behaviour that they wouldn’t normally do if they had a friend. When they’re alone, they get lonely and may become introverted, depressed or get clingy and anxious with some rats even chewing their fur or skin because they’re bored and isolated.

For adult rats, it’s best to let them meet gradually on neutral ground a few times first before even thinking about putting them in the same cage as rats can be very territorial. It could take days or even weeks before they’re comfortable with each other. You should always watch them when they’re together in case any fights occur. If this happens, spray them with water because then they will stop fighting to clean themselves. Seperate them and try again later. When it comes to putting them in a cage together, you should clean the cage thoroughly first so that there’s no particular scents.

How to keep an alone rat happy

If you have a rat by itself there’s a few things you can do to try and make them happier.

Build mazes: You can use things found in your home to create a maze like toilet rolls, cardboard or pvc pipe. Changing the maze once a week or so will help stop them from getting bored with the same maze.

Provide toys: Proving toys will give your rat something to chew on and play with throughout the day. Parrot toys are good toys to have as well as plastic balls. This also helps wear-down their teeth as they never stop growing.

Playtime: You should spend time with your rat everyday. Having them out of the cage for a change of scenery and for cuddles is essential as they crave social interactions. You can even try and teach them tricks.

If you can, it’s recommended that you have at least two pet rats together. It’s better for their health since they need that social interaction and stimulation and it’s unfair to keep them on their own.

Rats and hamsters are some of the cutest and cleanest rodents you can have as pets. Both being small in size and relatively easy to care for, rats and hamsters are very similar in terms of pets. However; does this mean they can be housed together the same cage? In short; No rats can not…