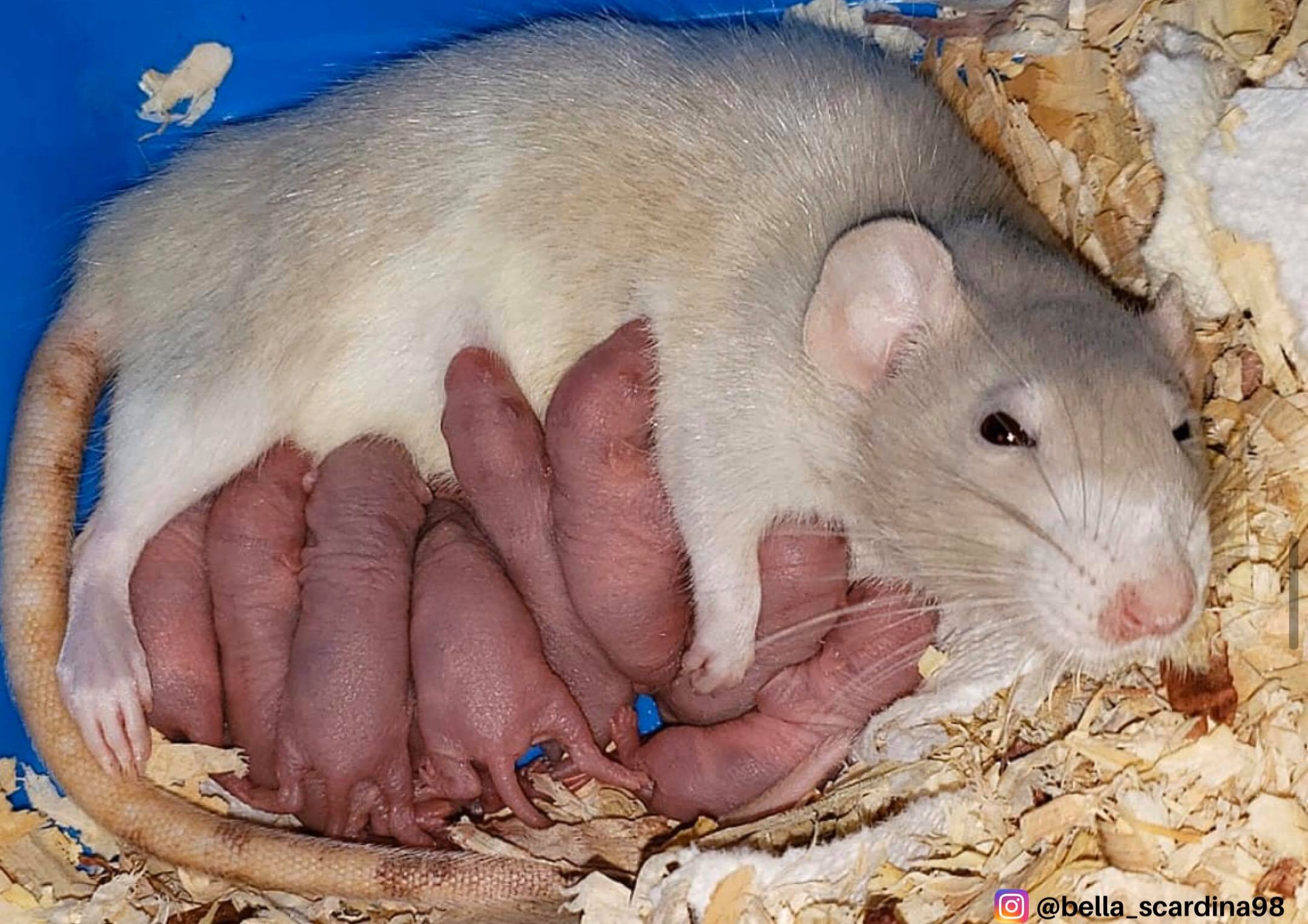 Whether you’re looking to breed rats or you believe your pet rat has become pregnant we have included below some tips on tell tale signs that your pet rat may be pregnant.

Sometimes being able to tell if a rat is pregnant can be a challenge. They handle themselves nicely by remaining active and hardly showing any signs of pregnancy. Surprise births in rats are so common. Most of the time you aren’t even aware of any mating acts happening and may only realise that your rat was pregnant once it gives birth.

To be on the safe side, female and male rats should be housed separately as a female rat comes into heat every four to five days. This means if your rat has had any contact with a male during that time, she could be pregnant.

The gestation period of a rat is 3 weeks and a pregnancy can be hard to detect up until the last week. The whole time your rat has been pregnant her behaviour and appearance may not have changed but during the third week, your rat will be visibly pregnant. Once you start having suspicion that your rat could be pregnant, the third week is almost over and before you know it, your rat is giving birth.

Female rats aren’t rough or aggressive and they love people. However, when a female rat becomes pregnant, things can change. The first thing you may notice with a pregnant rat is that she becomes moody and her behaviour changes. If your female rat starts behaving hormonal, chances are your rat is pregnant. During this mood change, your rat may become withdrawn and a bit aggressive.

Female rats are conscious of their bodies just like us humans can be. Once rats notice that they’re pregnant, the only thing they don’t do when compared to us is get anxious, scared or surprised. Female rats may not show any feelings but just like us humans, they start getting prepared by beginning to build a nest.

Female rats will start shredding newspaper, ripping clothes or cloth and anything else they can get into in the cage. This is a good sign as she’s preparing a nest for her babies. The best thing you can do at this time is provide her with materials to assist her in making a nest. The best things to use are newspaper and tissue paper.

Another thing that you may notice if your rat is pregnant is an appetite change. If your rat gets a bigger appetite over time, something is up. Is your rat eating more than usual? Is your rat hoarding? Take note of how many times you refill your rats food bowl.

If you notice you are doing it more frequently, the reason might be because she needs to eat more as she needs nutrition due to the pregnancy. Be observant of how much your pet rat is eating and probably hoarding.

The mucous plug is another sign that a rat has mated successfully. The appearance of a copulatory mucous plug on her vagina is formed from secretions and mucus from the male rat’s sex glands. The mucus plug contains the sperms in the vagina and also prevents impregnation by other males. This might not be a definitive sign that the rat is pregnant. However, if the rat has this mucus plug, it’s a definite sign that she has mated and an indication that she could be pregnant.

Another way to tell if your pet rat is pregnant is by their teats. When a female rat is not pregnant, her teats won’t be as visible. However, once the female gets pregnant, the teats are more visible and will continue to stay showing up to the time she stops breastfeeding. The nipples of a female rat will start protruding once she reaches a week before birth. If you notice this, you shouldn’t try and examine the rats belly as this could end up harming the babies. If you have to examine the rats belly, it’s best to let an expert do it. The best thing you can do is to just help your rat get ready to give birth.

Remember when we said that rats go into heat every four to five days? If you notice this isn’t happening then the chance your rat is pregnant is high. When a female rat is on heat, she may arch her back when you touch her, flicker her ears and/or run in short fast bursts. Once your rat stops doing these things she will also start rejecting any male rat advances. Some female rats don’t have visible cycles. This means if you aren’t tracking your pet rats cycles, you have to reply on other symptoms to help determine if she is pregnant.

If you notice any of the above symptoms, chances are your rat could be pregnant. Once you notice that your pet rat is pregnant, start preparing for the litter. The first litter for a rats first pregnancy could be small or it could be as big as a dozen or two. 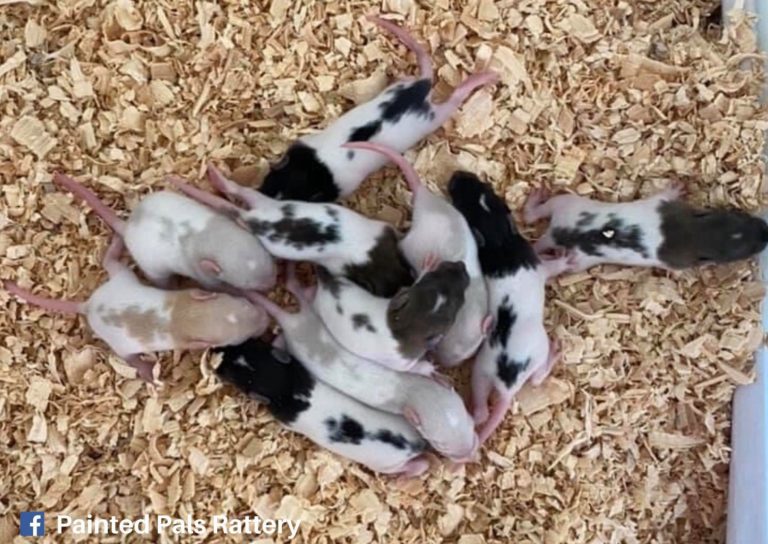 Whether you have just identified that your pet rat is pregnant, your rat has had a surprise birth or you are now the foster carer for a new litter of precious baby rats here is some information and tips to keep the process as smooth as possible. The first thing you may be wondering is…